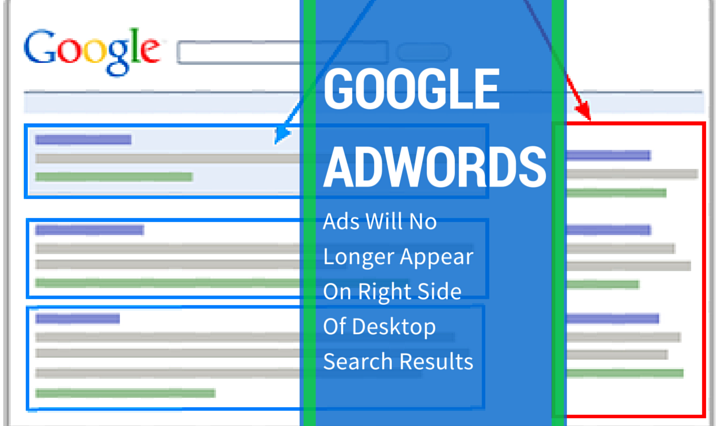 As confirmed, Google has undergone a dramatic change which means AdWords ads will no longer appear on the right side of search results. Previously, Google SERPs would display up to three ads directly above the organic results, up to two below organic results and 6+ on the right side. These changes have already began rolling out, and will effect users worldwide.

An official Google spokesperson has said:

“We’ve been testing this layout for a long time, so some people might see it on a very small number of commercial queries. We’ll continue to make tweaks, but this is designed for highly commercial queries where the layout is able to provide more relevant results for people searching and better performance for advertisers” 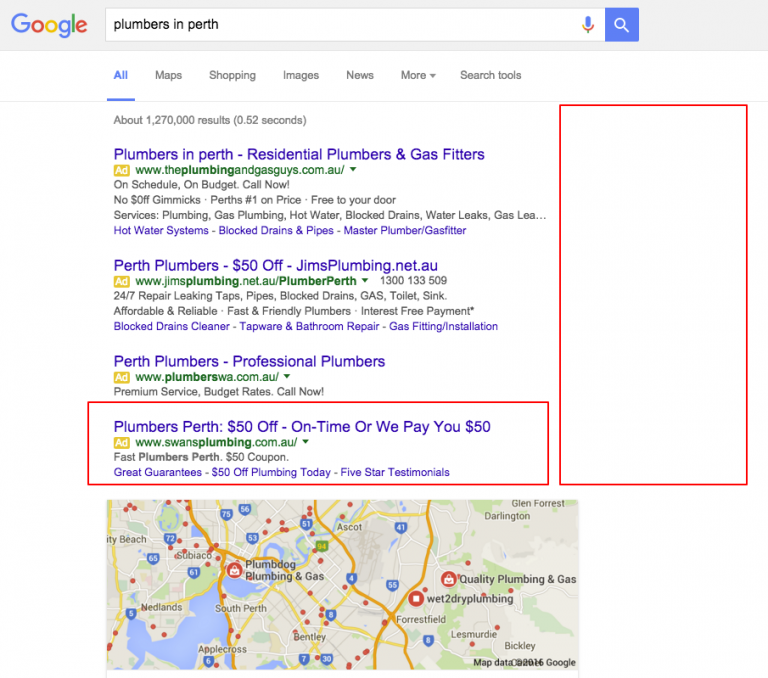 According to Search Engine Land, Google began trialling these changes way back in 2010, with a mysterious fourth ad occasionally appearing in search results. There have been a number of other reports of testing between then and now, though this time it’s confirmed to be “complete and permanent”.

These placement changes also switch things around for Google Shopping results. For search queries with four top ads, Product Listing Ads will now take up the side bar space. When a search query has less than four top ads, PLAs may appear above the top positions.

These changes will cause significant differences to marketers, advertisers and business owners. There is now less room on search engine results pages for ads to appear, so as space becomes thinner, competition will rise. Expect to be raising your Cost Per Clicks!

Paid search isn’t alone as the receiver of bad news. The newly introduced fourth position was formerly the first organic result, pushing organic placements further below the fold. Will this mean we need to up our SEO efforts?

It will be interesting to see how these changes effect paid and organic search results alike.