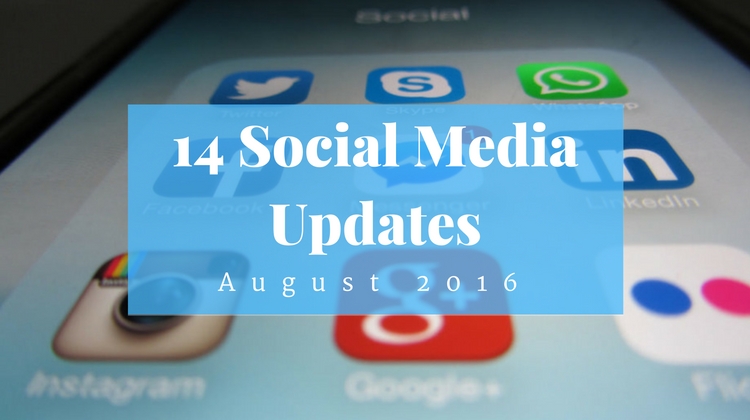 We’ve rounded up the latest updates across social media during August to keep you up to date in the social media world. Here are the Top 14 Social Media updates to sweep the web over the past month:

Early in the month, Facebook began testing an on-site shopping feature for select business pages. The new feature, reportedly currently only available in South East Asia, allows businesses to sell products and services directly from their business page. As mentioned, the feature is still in testing and there is currently no word as to whether or not it will become available worldwide. 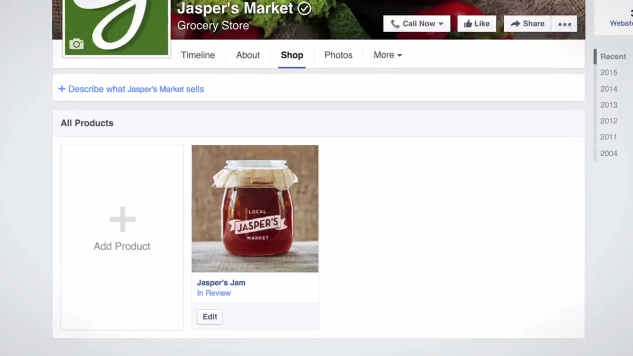 Facebook has once again been making changes to its newsfeed algorithm, this time to give users a more ‘informative’ experience.  The social network announced that it plans to implement a new “ranking signal” which predicts the type of content users find most informative, and will in turn order it higher in their news feed.

In Australia, testing has begun for the possible introduction of sound auto-play for videos. While video auto-play has been in place for some time now, Facebook is playing around with the idea of automatically playing the sound as well. It is reported that the auto-play will comply with your device’s volume level but is unlikely to be an optional feature.

Just last week, Facebook removed the descriptions from trending news topics in an apparent response to some controversy. According to Social Media Today,  the change was triggered by an earlier Gizmodo report which had sparked an internal investigation into the claim that Facebook was “selectively editing their Trending News section to highlight or ignore certain stories”.

In a bid to crack down on the bullying and trolling that dominates the Instagram comment section, users are now allowed to disable comments. Earlier in the month Instagram began rolling out the feature which allows users to turn off commenting on a post-by-post basis.  The feature is currently only available for businesses and ‘celebrities’ but is rumoured to be in the works for all users.

There is also word of a keyword featuring option, which will let users filter commenting by disallowing comments with certain offensive terms.

Instagram officially launched a live stories feature, which allows users to post short photos and videos which disappear after 24 hours. The new feature is notably similar to Snapchat’s live stories (launched in 2014), from the concept through to the design. Instagram said in their announcement post that the new feature means users “don’t have to worry about overposting. Instead, you can share as much as you want throughout the day — with as much creativity as you want.” 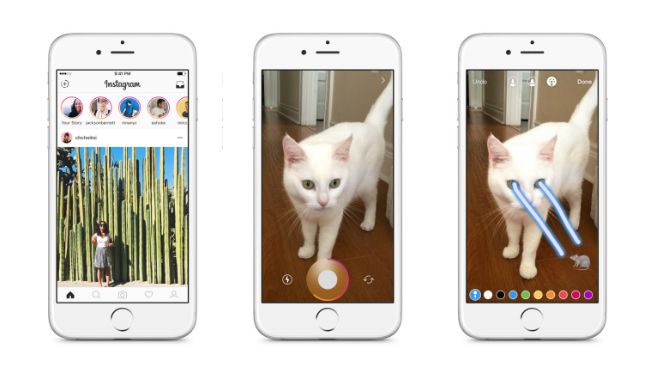 Instagrams has made updates which differentiate its new story feature from the notably similar app, Snapchat. Instagram will reportedly be making use of Facebook’s algorithmic expertise to gather information from users and begin showing them stories of people they don’t already know. This feature will be a way of suggesting new users to people based on their interests and who they currently follow. Snapchat does not currently have a suggested user feature.

According to Digital Trends, Snapchat plans to utilise user information to strategically target in-app advertisements. Like almost every social media platform before it, Snapchat is aiming to increase its ad revenue by improving the relevance of its promotional content. Snapchat has reportedly ensured that its advertising approach will remain ‘conservative’, but they will begin gathering more information from its user base to take on a more strategic approach.

Following in the footsteps of its fellow social media networks, LinkedIn has introduced video content. However, in typical LinkedIn fashion, things will remain strictly professional. In fact, general users will not have the option of posting videos altogether, and instead be available only to influencers. According to Digital Trends, the LinkedIn editorial team will curate short video clips which will last up to 30 seconds, and discuss a business trend or topic.

Linked in has begun supporting hashtags. LinkedIn has introduced functional hashtags which allow for easier searching and categorising of posts, however they will only be available on the mobile app. 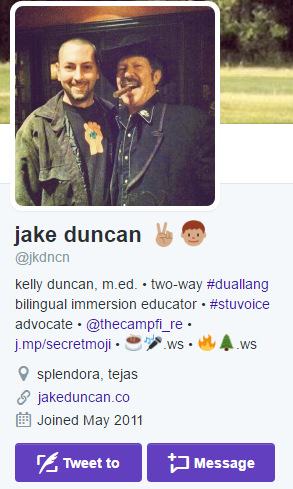 Twitter is apparently planning to introduce a keyword filtering option for users. The feature will allow users to exclude certain keywords (i.e. profanity and slurs) from their comment section, in an attempt to cut down on bullying and negativity across the platform.

Pinterest has confirmed that advertisers in the U.S. and U.K. can now advertise with videos, called “promoted video”.  The video ads will run in both users feeds and search results, with the possibility of new placements being introduced over time.

Pinterest officially announced that it has acquired the team and technology of the article-saving app Instapaper. The pairing of the two platforms is in an attempt to promote a focus on article sharing and improve article reading on their own app.